Connect with us for our online one to one sessions and group workshops. Stay connected and stay updated. Kindly do follow us on Facebook and Instagram by clicking on the icon(Menu Bar). 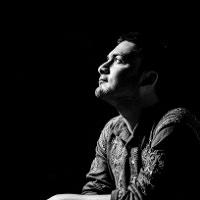 A photographer based in India. He was born in Lucknow, in 1994. He developed an interest in Photography while pursuing his bachelor’s degree. He feels photography has a strong influence in creating and developing discourse for the future. His work is a visual representation of the shift in the pluralistic landscape, the traumatic past and the culture which is threatened by religious conflicts, social injustice, politics and the times we live in.

Taha Ahmad has been one of the winner of the SDN Call for entries ‘Documentary in the Era of Post-Truth’ for his project ‘A Displaced Hope’ and has been invited for an Artist-in-Residence Program funded by Arts and Humanities Research Council grant (UK) called Creative Interruptions, Preet Nagar Trust, The University of British Columbia (Canada), The University of Strathclyde (UK) and CRCI (Delhi) to develop/produce a body of work on the biggest displacement ever happened in the history of mankind ‘Partition of India and Pakistan’. He has also been selected for the PAIR Artist-in-Residency Program 2019 by Pier-2 Art Centre, Kaohsiung, Taiwan and has been awarded the full time scholarship for the Magnum Photos workshop and master class by photographer Stuart Franklin organized by the Indian Photo Festival, Hyderabad, India. In his free time, Taha works as a freelance Creative Director with ‘Ilham’ Artists and Writers Residency Program, Fort Mahmudabad, UP, India and holds a Bachelor (Gold Medallist) and a Master Degree in Fine Arts.